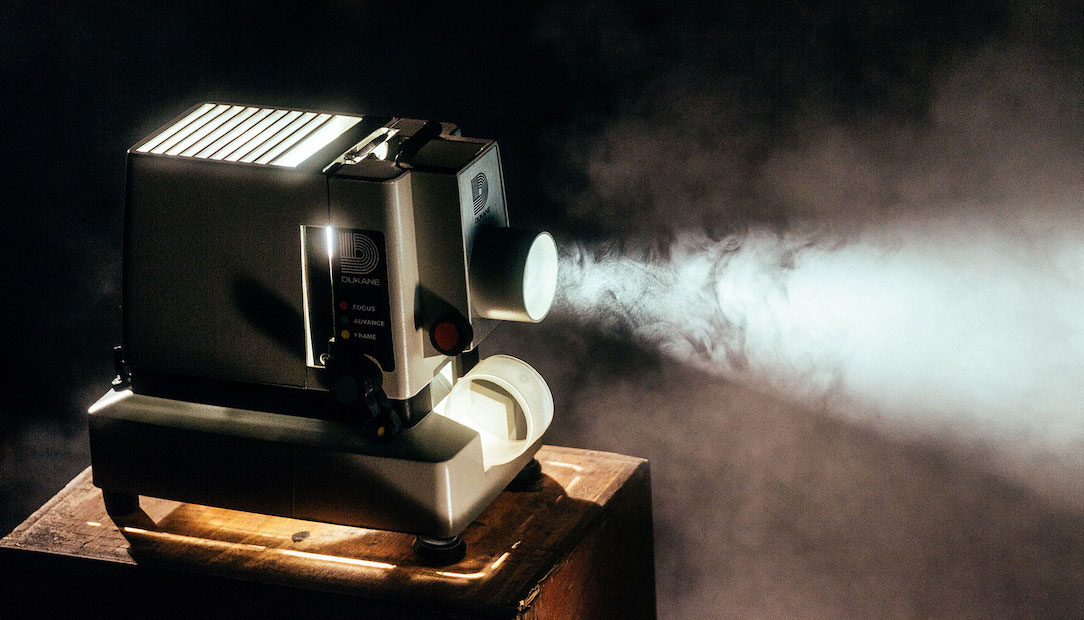 On Saturday, August 4, at noon at Old Town Playhouse, 148 E Eighth Street, Traverse City, a collection of eight short films from College of Arts & Letters and College of Communication Arts and Sciencesstudents will be shown. The screening is free and will last about 67 minutes.

The following is a list of all the MSU student-produced shorts that are part of the TCFF collection. For more information on these films and other Michigan State University involvement at TCFF, see the MSU@TCFF web page.

In this short, a hopeless romantic gets lost in her eccentric aspirations. The film was shot in only two days with a crew of only four people.

“We knew we wanted [the film] fun, bright, and quick. Eventually, we settled on the story of a hopeless romantic and her eccentric thoughts towards the stranger sitting across from her,” said Bradley Coster, director of the film. “Since we were portraying a fantasy within someone’s mind, we knew we wanted to tie together many different locations and scenarios.”

All Over (Again) received the A+ Student Filmmaker award at the Threadbare Mitten Film Festival in June and won Best Editing at the Michigan Student Emmy’s.

In this surreal drama about modern day communication, Vincent, a technophobe, struggles to make a meaningful connection with two women dependent on their cell phones.

“Over the course of the summer, we shot this film,” said Ayden Byrnes, cinematographer, editor, and colorist for the film. “I had worked on a couple longer shorts with a more ‘traditional’ production process, which worked well for those stories, but with this one, I wanted to experiment a little more and try some things visually that wouldn’t have made as much sense with another short.”

While shooting the film, the team tested using different lenses and played a lot with color. Films that inspired the style and look they were aiming for were Mr. Nobody and Silver Linings Playbook.

“Aside from this film, just being able to work on all the shorts I did during my time at MSU was an incredible experience,” Byrnes said. “Every new film I work on presents new challenges and I love figuring those out with the people I’m working with. I’ve been extremely fortunate to have worked with so many talented casts and crews.”

Almost Human was recognized at the Capital City Film Festival in April.

In this short comedy about how life, no matter where you’re from, is unwittingly human, the main character, Bobby, moves to India to work at a tech company where he experiences reverse brain-drain, accompanied by familiar characters that take on ulterior motives to his calm and naive approach to the world. When a married couple challenges Bobby, he becomes unwillingly tangled in their marriage, but with secret motives of his own brewing.

The film was created by Amol Pavangadkar, Senior Teaching Specialist in the Department of Media and Information, who brought a team of 29 students and recent graduates together to write, capture, edit, and produce Anya’s Greencard. The team volunteered their time to gain this hands-on experience.

Shot locally in the greater Lansing area, even the MSU police and Lansing airport contributed their services to the film.

To learn more about Anya’s Greencard, see the article from the College of Communication Arts and Sciences.

In a mysterious forest, a man runs for his life, only to be caught in an ongoing cycle of violence.

The students who produced Dertitus were from the MSU American Summer Program run by the Department of Media and Information.

“It’s amazing to see students produce a product at this level,” said Troy Hale, Senior Specialist in the Department of Media and Information. “It really shows what our students are capable of when they put their energy, and talent, into something.”

Detritus has been in a number of festivals and was even the “Michigan Forerunner” short film at the Capital City Film Festival this year.

Juice is a short neo-noir science fiction film following a young addict’s growing withdrawal and the fatal decision she makes to get high once more.

“When we first started brainstorming for Juice, we knew that we wanted to bring the same grungy, dirty, yet futuristic vibe to our film that was established in Ridley Scott’s 1982 masterpiece, Blade Runner,” said Zoe Kissel, director, editor, and writer of Juice.

Pre-production for the film began in May 2017, with the entire film shot in one night the following August.

“Creating Juice has been both an irreplaceable and unforgettable experience,” Kissel said. “Seeing the progress and growth of an initial concept transforming into a screenplay that transforms into an even more gratifying production with actors, props, sets, and a crew that is determined to succeed is an absolutely unbelievable feeling.

“It is such a great opportunity to be able to share the ideas within our minds on the screen. Juice has become a major part of our lives. Releasing our art into the world is both a scary and magnificent feeling. I cannot wait to see where Juice takes us next.”

Created as a pilot for a web series, Rebel Rebel features a lonely 80s nostalgia geek using his night out as a means for music, escapism, and violence.

“The project was a hypothetical opening to a web series and a small piece to a much bigger passion project that I have been conceiving throughout the years,” said Bradley Coster, co-director of Rebel Rebel who also directed All Over (Again). “I knew, however, that I needed help entering into something of this size, and I ended up asking a close friend, Tyler Clifton, to direct the project alongside me.”

The five-minute pilot was shot on location at a local restaurant over two nights.

“There were many pieces to this project that a large, and amazing, crew had to take ahold of,” Coster said. “The actors rehearsed fight choreography, the costume designers prepped to replicate the Hollywood 80s, and the producers worked tirelessly to guarantee props, extras, shot scheduling. All this, and a lot more.”

During one night, a young man comes across the lives of others who are as complex and vivid as his own while surviving the struggles of the inner city in SONDER.

“The lead character, Mike, is portrayed by Aaron Michael Bragg. It is a telling of my story, his story, and many other stories combined into one of life experiences and life choices,” Mendoza said. “My mentor and professor Dr. Jeff Wray helped me polish my vision during the post-production process to truly find the story I wanted to tell.”

Cinematographers Adam Towner and Kabine A. Diane spent 27 hours straight with Mendoza to finish editing and coloring the movie. Mendoza was also the director of photography for the short The House We Lived In.

“Making movies are always fun and can be stressful. This particular movie was all of the above,” Mendoza said. “My cast and crew were amazing and delivered in every situation. I am proud of what we created here.”

The House We Lived In

In The House We Lived In, a young girl named Jackie is struggling to stay afloat after the sudden passing of her father. Caught between her mother’s deteriorating emotional state and the responsibility to protect her little brother from a toxic household, strange inexplicable things begin happening within the walls of their home.

This short film was created by students in the capstone course of the Fiction Film minor during the 2017-2018 academic year. The capstone course has students write, produce, finish, and distribute a short film over two semesters. Students work from an original screenplay and take on all roles in pre-production, production, and post-production. They also manage a cast and crew of more than 30 people and a budget of more than $6,000.

“Our entire crew has worked really hard throughout the entire process, and our marketing team especially pulled us together by getting us seen at film festivals,” said Jason Wu, one of the producers of The House We Lived In. “We also wouldn’t have been able to do it without the supervision of our instructors, Professor Jeff Wray and Professor of Practice Joel Portykus.

“We’re really happy to participate in Traverse City; it’s such a fantastic festival. This showing at Traverse City is a really nice way to complete our class experience before we all head off into the real world.”