Our alumni have gone on to have exciting careers in film and media production and studies, including positions such as:

More specific examples are below. Also, if you are a graduate of the Film Studies Program, tell us where you are, what you do, and which films you are watching, making, or writing about! 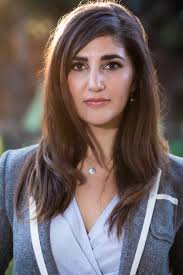 Margo Sawaya, ’14 English Lit Major, Film Studies Concentration:
Margo E. Sawaya graduated from MSU in 2014 with a degree in English Literature and a specialization in Film Production. In her time as president of the MSU FIlmmakers’ Club, Margo was able to develop her storytelling skills by writing, directing and acting in short films. In her last year at MSU, she was selected to co-direct a short film through the fiction film specialization, which she says “helped me sharpen my directing abilities. The experience I had directing ‘A Public Affair’ at MSU allowed me to explore my capabilities as a filmmaker and gave me the experience I needed to get into the USC School of Cinematic Arts MFA program.” Margo graduated from USC School of Cinematic Arts in December, 2019 and has hit the festival circuit with the short film she directed entitled “Tuesday” which is a teen drama that ends with an unexpected, dark turn. She produced and is in post-production for another short film called “Sympatico” which is a sci-fi drama that takes place in a not-so-distant dystopian future where memory technology has changed the human experience. She is Co-Writer on a feature film that is a re-imagining of the classic “Phantom of the Opera” story which goes into production in the Spring of 2020. Margo has also completed her feature screenplay “Wetsuit” which is an action packed female driven crime-drama. Margo resides in Los Angeles but travels back to Michigan & Chicago on a regular basis.

Anthony Holden, ’15 Film Studies Major:
“I’ve always been a storyteller. In my “Film Directing” course, writing the outline of my film shorts captivated me more than visualizing them with the camera. The turning point came in my “Advanced Screenwriting” course where I worked on a 90-minute thriller. This intensive and incredibly helpful workshop helped me realize what I wanted to do with my storytelling. The professors’ advice and guidance helped me to reach the course I’m on now—to become a great writer.” 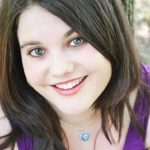 Laura A. Aughton, ’13 English & Film Studies:“The summer of 2011, I worked as an intern (primarily with the Broadcast Production Team) at an ad agency in Detroit called Goodby, Silverstein and Partners. While I was there, I got to know the ins-and-outs of commercial production: I was able to sit in on recording sessions with the talent, editing sessions at post-houses, and was also involved in some various pre-and-post production paperwork. I even got to write some copy on occasion. The various things I’ve learned via my education at MSU within the departments of English (Film Studies), Theatre, and Media Arts and Technology were unimaginably helpful within the working world. I found that having previous knowledge of the filmmaking process, how to write well, and how to work with actors put me in an excellent position while working with the producers. I knew how to make myself useful on set, how to do my work quickly and efficiently in the office, and how to communicate my ideas (and understand the ideas of others). Additionally, there were tons of MSU alums at the agency, and they were thrilled to welcome another Spartan into their ranks; looks like going to MSU has paid off for them, as well. Go Green!”

Greg Capoccia, ’11 English Film Studies Concentration, Fiction Film Specialization:
Greg Capoccia was the producer of American Terrorist, the film created by the class of 2011 Fiction Film Specialization cohort. While in the program, Greg worked on several films being produced in Michigan as an intern or assistant, including The Ides of March, Machine Gun Preacher, and Red Dawn. After graduating, Greg went on to work for Nina Jacobson’s Color Force Productions, producer of the Hunger Games films. Greg recently was involved in selecting Logan Pederson, a 2013 film/RCAH student, for an internship at Color Force Productions. Logan was recommended to the highly selective Los Angeles internship by Professor Jeff Wray. 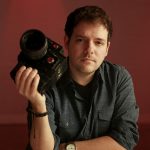 Curtis Matzke, ’10 English Film Studies Minor:
“A thorough understanding of film theory and film criticism is essential for filmmakers during a production. A good director or director of photography understands that a film is constantly changing as its being made, so knowing the language of film and being able to communicate the reason behind these changes, whether it be to the actors or the crew, is just as essential as technological know-how behind the camera. In the case of American Terrorist, the director and I would constantly be analyzing the meaning of a scene, just as we would in a film studies course, in order to decide what we want the scene convey and how it might be perceived by the audience. This continuing analysis and critical thinking is what keeps the storytelling alive when actually making a film.” 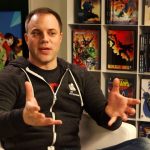 Geoff Johns, ’95 Chief Creative Officer of DC Entertainment, Burbank, California:
Geoff Johns has written several high-profile comic books for DC as well as co-producing last years Green Lantern film. In his recent profile in MSU Alumni Magazine, here’s what he had to say about Film Studies Professor Bill Vincent:”Bill Vincent was a massive influence. He opened the door to story-telling in a way I had never thought about. I took his course on the movies of Hitchcock to Fellini, on screenwriting, and after that I took every course I could take from him.” More in the Winter 2012 MSU Alumni Magazine.

Danielle Schwartz (SUNY Binghamton, Department of English):
Danielle received a Ph.D. in English at SUNY Binghamton, where she wrote the “Locating Popular Cinema: The Geopolitics of Transnational Film Practices.” She is now an Assistant Professor of English and Film Studies at Winona State University. 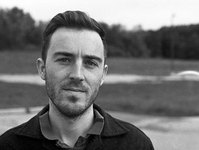 Josh Guilford (Brown University, Modern Culture and Media):
Josh received a Ph.D. in Modern Culture and Media, where he wrote a dissertation on the “redemption of human interiority” in the work of a mid-20th century filmmaking subculture known as the New American Cinema. He is now an Assistant Professor of English in Film and Media Studies at Amherst College. 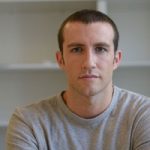 Chris Goetz (UC Berkeley, Film and Media):
Chris received his PhD Candidate at UC Berkeley. He is now an Assistant Professor at the University of Iowa where he is a film, digital media, and videogame scholar whose research focuses on fantasy and play across a range of platforms, from cinema to interactive digital media. His published works have appeared in Games and Culture and New Media & Society, and are forthcoming in an edited volume on Queer Game Studies and in the journal The Psychoanalytic Study of the Child. Chris is a co-founder and continuing co-organizer of the Queerness and Games Conference, and a lead facilitator in the Queer Games Design Workshop for undergraduates. 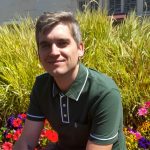 Evan Elkins (UW, Madison, Media and Cultural Studies):
Evan received his PhD at the University of Wisconsin-Madison and is is an Assistant Professor of media studies at Colorado State University who specializes in digital media industries and technologies, globalization, access, and cultural difference. He is currently writing a book about geographic restrictions in digital platforms around the world, and he also occasionally writes about transgressive humor, aesthetics, and media authorship. Current and future research projects will examine and critique Silicon Valley’s practices and politics of global development and modernization. His work has appeared or is forthcoming in The International Journal of Cultural Studies, Television and New Media, The Fibreculture Journal, The Historical Journal of Film, Radio, and Television, and several edited collections 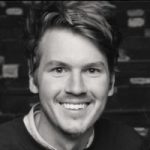 Carter Moulton is a PhD candidate in Screen Cultures at Northwestern University. He received his master’s degree from the University of Wisconsin-Milwaukee, where he researched movie audiences, cinemagoing, silent cinema, and emerging technologies in film production, distribution, and exhibition. His work has appeared in CineAction, The New Review of Film & Television Studies, and Media Fields Journal.