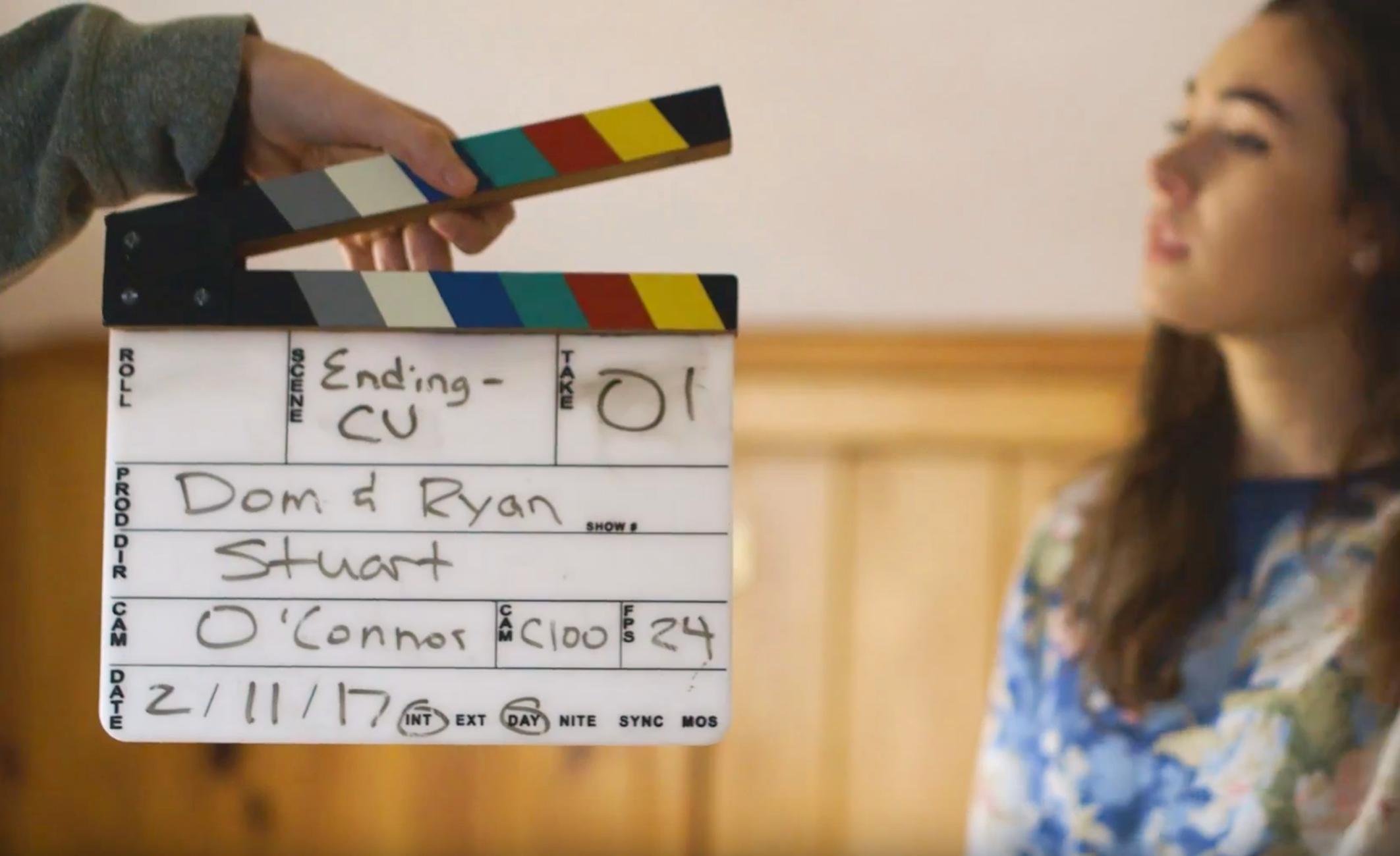 Students in the capstone class of the Fiction Film minor spent this past year creating the film, The House We Lived In, which premieres Thursday, April 26, at 7:30 p.m. at Celebration Cinema’s Studio C!at the Meridian Mall. Tickets to the premiere are $5 and can be purchased online.

Led by Professor Jeff Wray from the Department of English, the capstone courses, FLM 435A and FLM 435B Creating the Fiction Film I and II, tasks students with writing, producing, finishing, and distributing a short film over two semesters. Students work from an original screenplay and take on all roles in pre-production, production, and post-production. They also manage a cast and crew of more than 30 people and a budget of more than $6,000.

“It was an entirely different experience than anything else in school,” said Jason Wu, senior Media and Information major with a minor in Fiction Film. “The class really forced us to look at the small details that are often glossed over in other classes and projects, and with the class being two semesters, your classmates become a sort of second family as you’re working together almost every day. We spent many sleepless nights and weekends away from our friends and family to make this movie.”

The film, The House We Lived In, follows Jackie, a young girl struggling to stay afloat after the sudden passing of her father. Caught between her mother’s deteriorating emotional state and the responsibility to protect her little brother from a toxic household, strange inexplicable things begin happening within the walls of the home.

Student Filmmakers Featured in “Who is a Citizen?” Exhibition