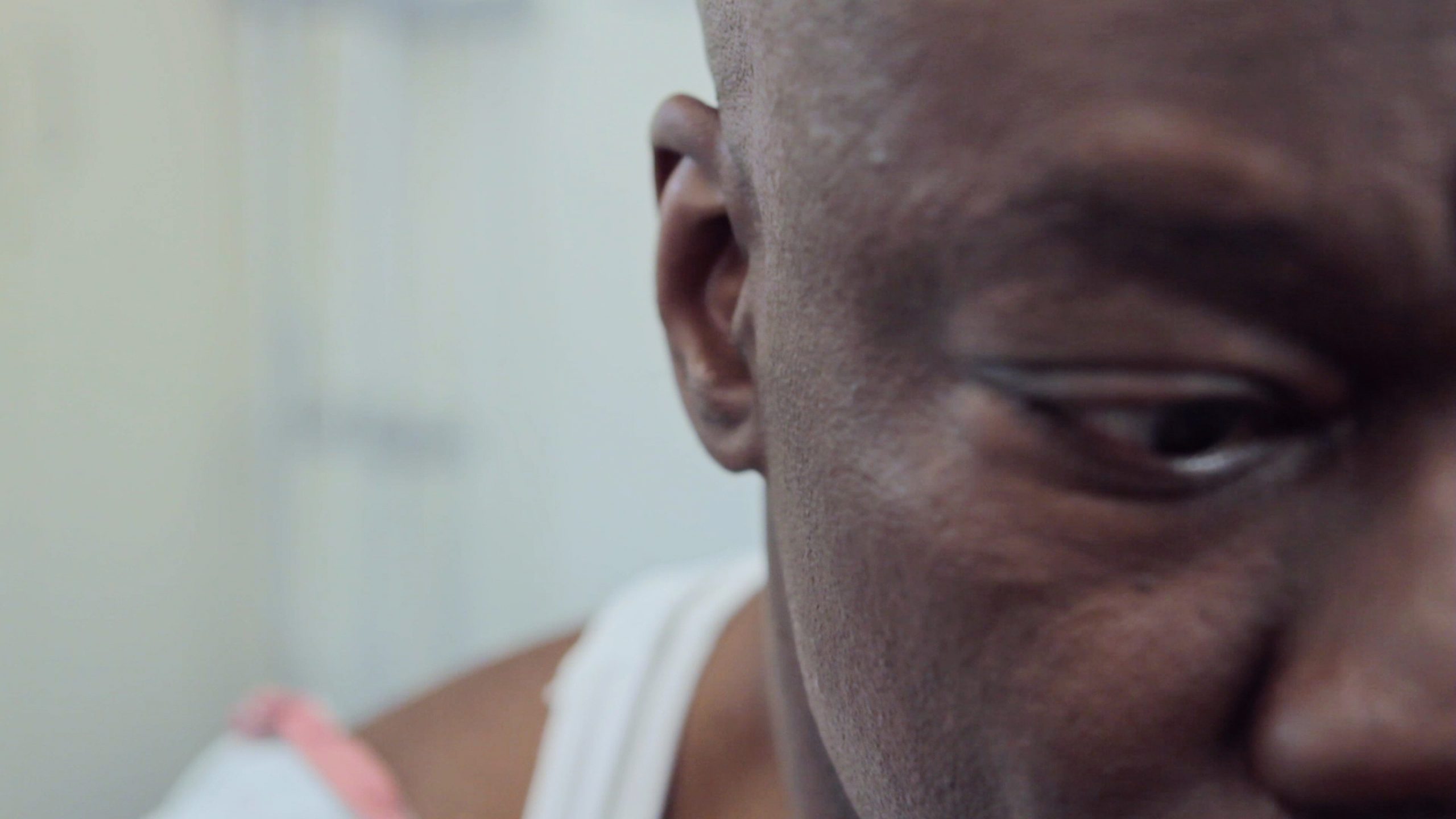 Still from Songs for My Right Side

Rodger Smith is in pain and has caused plenty of hurt. The fate of two recently encountered young black people occupy his thoughts. An undocumented West African longing for home crosses his path. Most of all, he wants his estranged wife Josephine to come back home. All the while, a mysterious pain takes over the right side of his body. Only music can sooth his troubled soul.

That’s the synopsis of the new short film by MSU Professors Jeff Wray and Tama Hamilton-Wray, Songs for My Right Side, premiering February 17th at the Pan African Film Festival in Los Angeles. PAFF is one of the largest, longest running and most important black diaspora festivals in the world, and the filmmakers are no stranger to it. Two of their previous films, 2015’s Evolution of Bert and 2002’s China played there, with China being up for some of the festival’s major awards.

“Songs for My Right Side is in some ways the typical story of making independent films,” Wray said. “We pulled together some money and were able to get it shot a few years ago. We started editing, but then devoted most of our energies in the last few years to completing two other film projects. In the last year we were able to get back to Songs and finally complete it. The most important in that journey is that Songs is a story that we wanted to tell. One that we rarely saw with characters who are mostly absent from American cinema: black and approaching middle age. “

Songs for My Right Side is drama that is musical, political to a degree, and poetic. It is about a man who is flawed; he’s made a huge mistake and is trying to make things right. The world around him is messy, too. At only 26 minutes, Songs for My Right Side is a full narrative. According to Wray, “Making films is not easy, but it continues to be very rewarding. Perhaps the greatest joy is in the collaboration necessary to filmmaking. To that end we have always been fortune to work with very good, very talented people. Rico Wade and Gwen Murray were outstanding as our lead actors. Kris Johnson composed the score, and Yellokake, aka Jasmine Hamilton-Wray, wrote and performed the original songs. Our editor Devon Collins was simply magical.”

The film will premier February 17th at 4:15 pm at the Cinemark Baldwin Hills Theater, 4020 Marlton Avenue in Los Angeles. https://www.paff.org/films/#!/film/songs_for_my_right_side