We are delighted to welcome Toronto-based filmmaker Mike Hoolboom to Michigan State University from March 2-20, teaching a class and giving a series of lectures and screenings as part of the Artist-in-Residence Program, coordinated by the College of Communication Arts & Sciences and the College of Arts & Letters.

Hoolboom is an award winning artist, critic, and teacher, having twice received top prizes for short films at the Toronto International Film Festival.

“Toronto’s Mike Hoolboom has quietly become one of the most unique and respected experimental filmmakers in Canada, having created more than 50 films and videos that have garnered 30 awards at festivals around the world.”
—Jennifer McPhee, The Positive Side 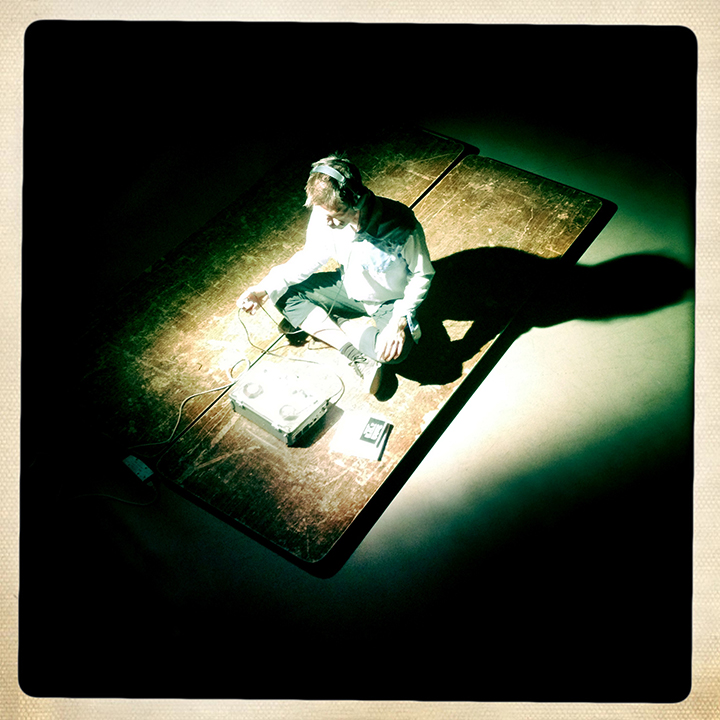 Renowned experimental filmmaker and artist Mike Hoolboom will lead students on an immersive Spring Break class on studying, analyzing, creating, and exhibiting new forms of film and media. In addition to the Spring Break meetings, Hoolboom will be delivering two public lectures and two screenings during his residency at MSU and a lecture at the Ann Arbor Film Festival on March 27th. Open to all ranges of technical proficiency.  Students will create their own experimental media pieces which will be publicly exhibited at the conclusion of the course.

1. Framing: How do we walk into a room? Every room is a frame, what is the nature of a frame, what does it admit, what does it cut? Andre. The relation between framing and the law. James Dean. Animals. Emptiness. Downward Dog. I Touched Her Legs by Eva Marie Rodbro. Play by Muller/Girardet. Discussion. Homework: Make a movie/stills about your room. Two minutes.

3. Field Trip: Students will meet at a location, in silence, in order to bear witness. No devices, no recording. At the end a closing council, one person speaks at a time.

To enroll, register for either AL 491 or CAS 492. Open to graduate students. To add AL 491, contact Rhonda Hibbitt <hibbitt@msu.edu> for clearance. 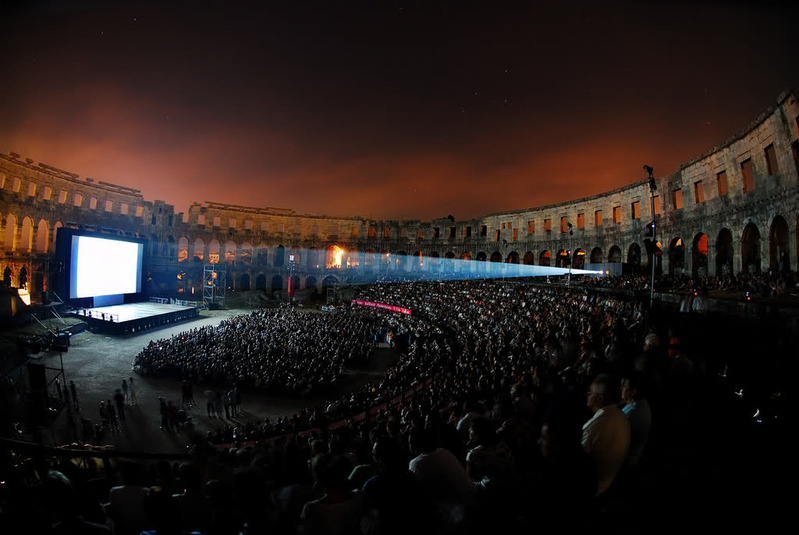 Why Can’t The Tail Pass Through?

Center for Gender in Global Context • 303 International Center • Wednesday, March 4 • 4pm
Using a Zen koan from the 13th century, Toronto-based filmmaker and MSU Artist-in-Residence Mike Hoolboom will talk about the practice of attention as it relates to contemporary cinema practice. What if gender was a question we didn’t have to answer every morning? We are living in a culture of the archive, promoted by electronic devices that automatically collect and sort data. What implications do our devices have for producing a new cinema or even new forms of sexual difference and pleasure? “In the beginner’s mind there are many possibilities, but in the expert’s mind there are few.”

The Triumph of the Archive

The Eli and Edythe Broad Art Museum • Education Wing • Wednesday, March 18 • 4pm
Reflections on photography and turning into a camera. Now that everyone has become a photographer, never leaving home without our double-making devices, what exactly are we using these cameras for? How do they help shape the world we live in (Heidegger named it “the world picture”, Ridley Scott named it “the off world”) Is it possible to change the world if we don’t change the picture first? Or do pictures follow change?

How do we tell the story of a life? Public Lighting examines the current media obsession with biography, offering up “the six different kinds of personality” as case studies and possible examples.

“Meta-biopic in seven parts. A writer looks at a city and distills from her examination six different kinds of personality.” Athens Festival

“Prolific Canadian experimental filmmaker Mike Hoolboom’s Public Lighting surpasses even the beauty of his most recent work, Imitations of Life. Visually dense and hypnotic while brimming with the kind of penetrating ideas one associates with Godard, Public Lighting ponders the ways in which seeing and hearing affect human consciousness.” — Robert Koehler, Variety

“Recalling the multi-partite structure of such earlier work as Panic Bodies, Mike Hoolboom’s latest experimental offering is a tale told in seven discrete yet interrelated chapters. Meditative and disarming, Public Lighting takes a melancholy look at the cult of personality, one that is created, aided and abetted by media technologies, most notably, by the camera. In Writing an anonymous author ruminates upon her craft while In the City intersperses a series of narrated break-up stories between layers of black-and-white found footage from the 1950s and shots of restaurant exteriors. Glass begins with old photographs of tenements, silent film footage and becomes a treatise about Philip Glass’s influence upon the narrator’s life. Hey Madonna continues the examination of celebrity life in the form of a fan letter wherein the writer chronicles his experience with being HIV+. In Tradition filmmaker Carolynne Hew describes the nature of forgetting as it pertains to both her familial roots and her camera, while Hiro features highly associative images juxtaposed against the witnessing of a violent crime. Finally Amy has home movies alternate with photographs and shots of the narrator as the artifice behind the filmmaking process becomes exposed.” — Diane Burgess, Vancouver International Festival

Damaged is a ten minute portrait of an indecisive man related in eighteen decisive moments. A series of still pictures offer models of childhood, sexuality and adulthood, while a voice-over makes the drive run smooth.

“A dazzling experimental documentary about notorious cineaste Tom Chomont. Tom narrates his recollections and transgressions against a dizzying array of found footage, video, super-8 and photographs. At moments, he appears in front of the camera, alternately flamboyant or fragile. His revelations cover a broad scope from sadomasochistic desire through existential vulnerability to an incestuous relationship. With this extraordinary portrait, Hoolboom creates a different kind of biography film, one that eschews traditional mimetic realism in order to depict the reminiscences of a fading life lived in the throes of image culture.” — Diane Burgess, Vancouver Festival

“The maven of Toronto’s experimental film scene makes a sojourn to New York to pay tribute to a fellow artist: Tom Chomont, the maker of underground films such as Phases of the Moon and Sadistic Self-Portrait. In Tom , Hoolboom has created a typically idiosyncratic sort of biography, combining interview footage of Chomont (now suffering from AIDS and Parkinsons) with ‘found’ footage drawn largely from Hollywood and documentary sources, as well as Chomont’s movies. The subject’s personal history-an incredible story involving incest and New York’s gay fetish scene-is a powerful through-line for Hoolboom’s avalanche of gorgeous imagery.” — Jason Anderson, Eye Magazine

The Artist-in-Residence Program is a proud sponsor of the Ann Arbor Film Festival and is supporting Hoolboom’s participation with the festival through the Expanding Frames lecture series on March 27. 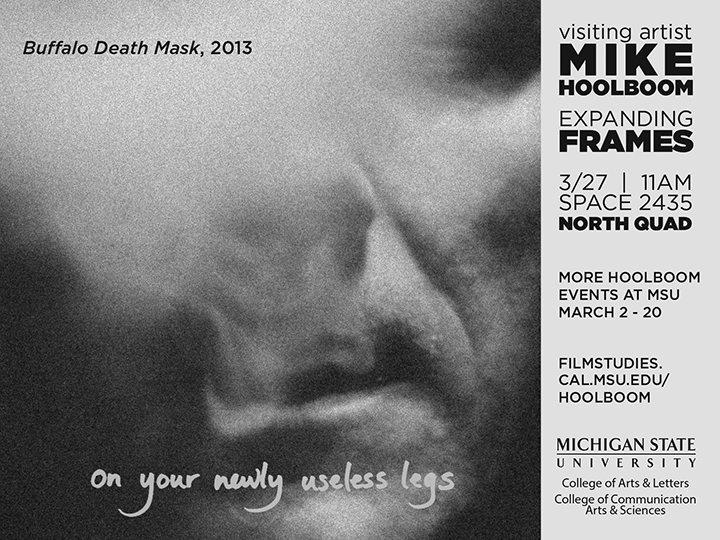